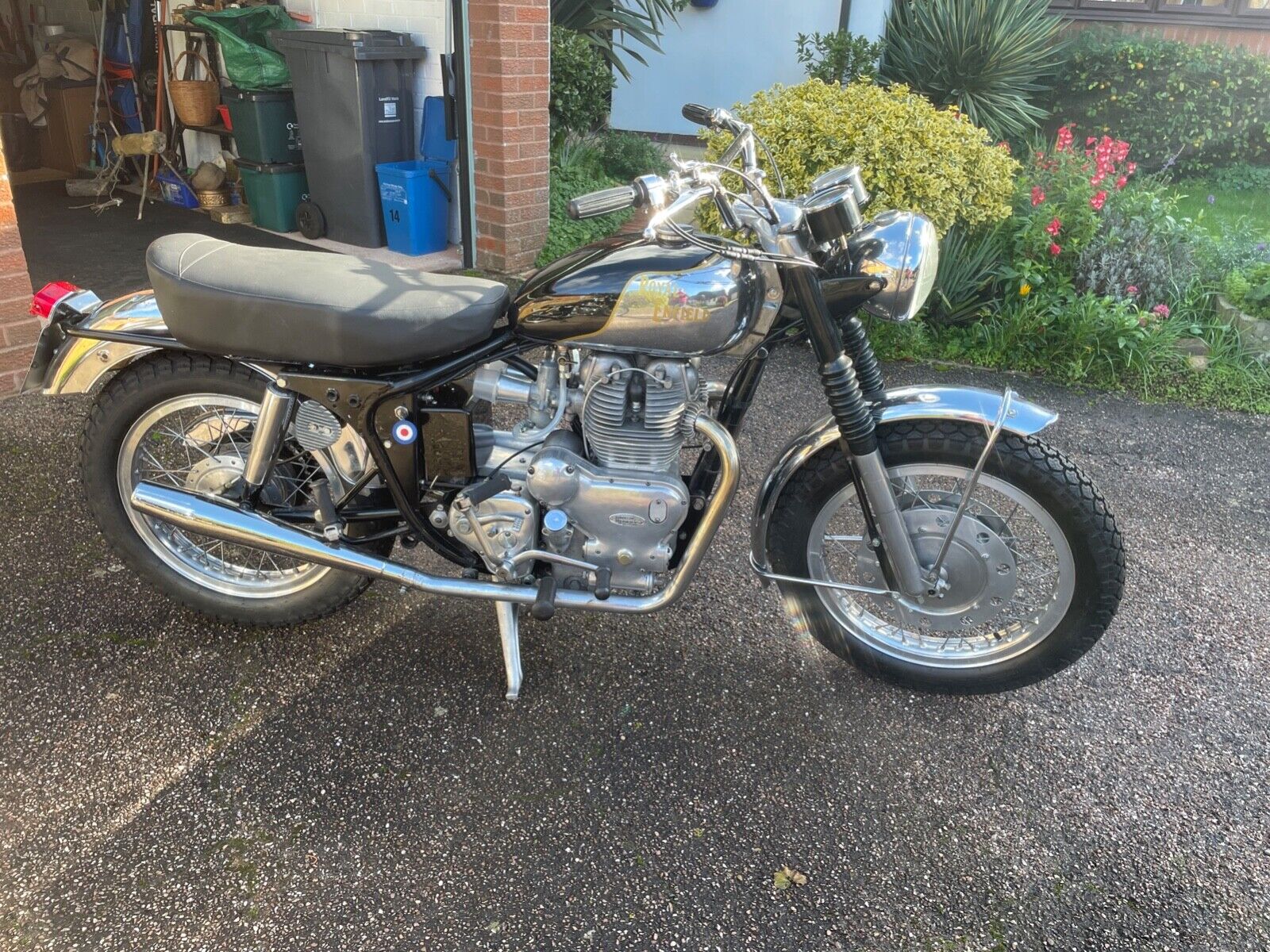 Bike originated from US (Texas with matching nos) imported back to uk 2018 first registered on 1/ 01/ 1968 V5 comes with the bike. Sympathetically restored by owner and final commissioning by local specialist, over 4k spent inc new loom and Boyer ignition. Ridden briefly around the village but not covered miles as yet
Parts are still available and lots of information and all invoices available all old parts retained
Have video of bike running if requested

Model Introduced in 1963 the mighty 750cc Interceptor was closely based on the Enfield Constellation but with 736cc engine added refinement of a dynamically balanced crankshaft. Most of the production was destined for the USA (only 947 made) to satisfy the North American market’s insatiable appetite for ever larger engines, although it sold in relatively small numbers when compared to the more popular British brands.
The 750cc Interceptor is probably one of the most underrated British motorcycles of its era, the handling and performance exceed the equivalent Triumph and BSA and its rarity makes them both prized and collectable today.