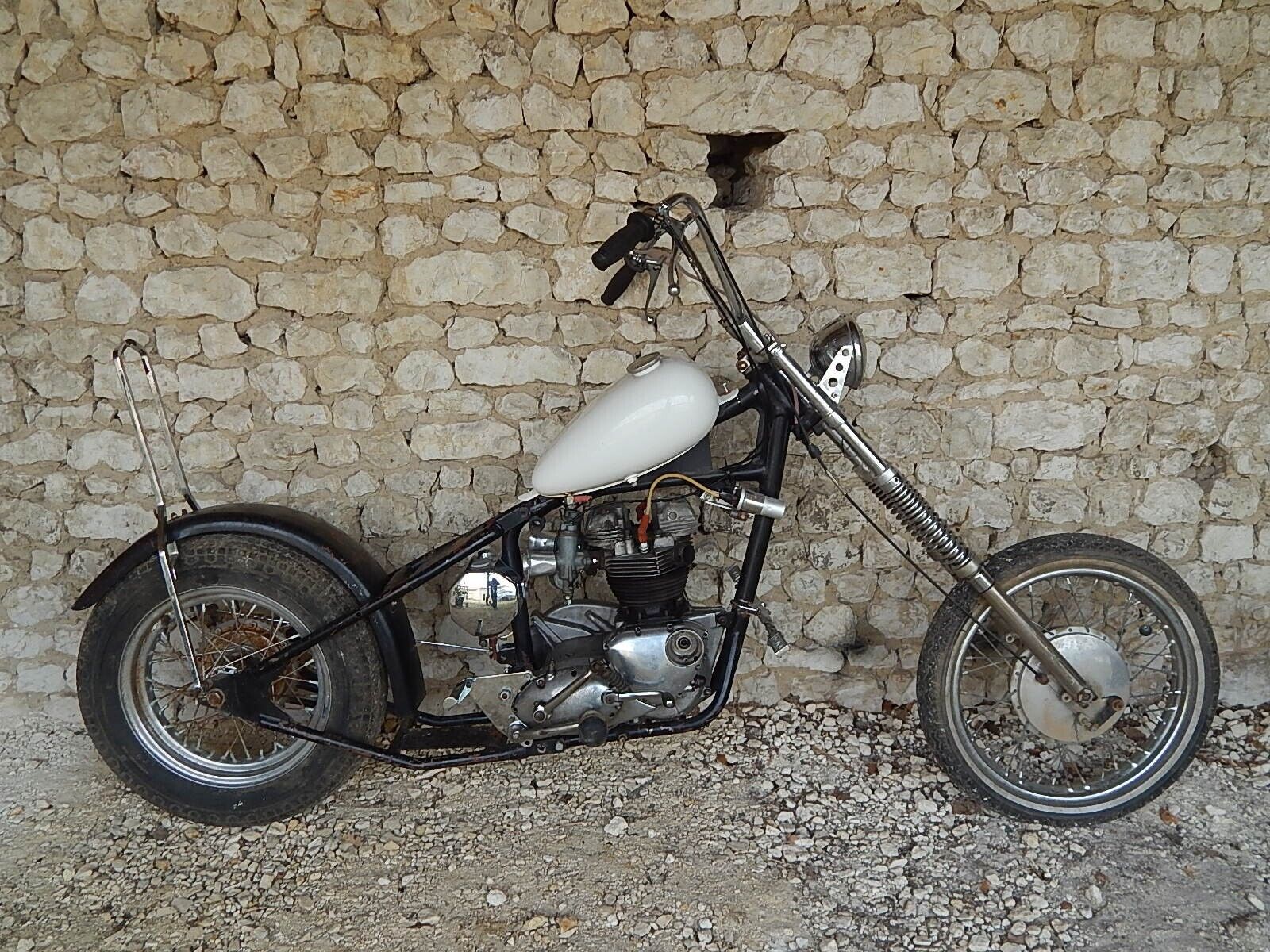 1966 Triumph T120R 650cc chopper for restoration, rebuild or parts. Before going any further please note this bike is NOT in CORNWALL and I can NOT get it to Cornwall as I now live in France but I can deliver it anywhere within southern UK as far west as Bristol and as far north as Stone in Staffs around mid February as I will be delivering other items in these areas but do not have time to travel further west than Bristol. I have several bikes to sell and have to travel between Dover and Stone so will happily drop off en route free of charge but for destinations off route I would please ask you cover the extra fuel costs.
So I bought this bike as you see it but with the engine completely dismantled so it is literally just bunged back together to see more or less how it would look and to see what is missing. Also the petrol tank is not fixed down. There are no exhausts but Triumph T120TT pipes would look good I think. No seat but they are readily available on ebay. Petrol tank looks clean inside and I don’t see any dents on it. Custom oil tank just oily inside. Rear wheel is a 16″ item on a Triumph bolt ub hub but the chrome is tired. Front wheel is pre 1968 8″ full width Triumph 650 and looks quite good but with spotty chrome on the rim. Forks are extended of course and the frame is raked but the frame number is clear and original and from 1966.
Engine wise it is pretty much as follows, clutch looks complete and useable but will need new discs. Gearbox looks to be complete and decent with good threads on the shafts. front pinion good and chain would go again with a clean. Camshafts and pinions all present but no oil pump.
cylinder has no broken fins or damage that I can see but will need rebore for sure. Cylinder head is also decent with no broken fins. Rocker boxes were missing so the ones in the photos are later and are complete except a pair of caps but they need some helicoiling work on the mounting stud holes. crankshaft looks good with good shafts at both ends but one of the big ends has picked up so it will need a regrind.
I don’t have the alternator or rotor or pistons and no doubt some small odds and ends and screws etc but in general it is mostly there and most parts reusable with some attention. The engine casings in the bike have no numbers but are pre 1968 however I will have the original casings that match the frame very soon and they will go with the bike.
The good news is that although I don’t have a reg number for the machine I will soon have the old American registration title and the NOVA number so it can be registered easily and quite cheaply. I bought this bike with 2 other Triumphs but I have no interest in choppers and I am not motivated to break it up hence the sale as you see it now.
So to recap it is a project for someone with some knowledge and experience of working with such bikes but should not present too much problem to anyone mechanically minded,